Hawk Hill is a small hill found immediately north of the Golden Gate Bridge. At its peak, it’s 281m above sea level. I’m not much of a bird watcher but according to Wikipedia, the hill is a great lookout point for the “largest known flight of diurnal raptors (bird of preys) in the Pacific states”.

Hawk Hill is also a very popular cycling destination. Once you cross the Golden Gate Bridge, take the first left which gets you on the road going up the hill. The entire climb consists of 600 feet of elevation spread over 2 miles. The average grade is 5.7% and the maximum grade is 14.2%. At a leisurely pace, the climb should take at most half an hour. In my opinion, it’s not too short nor is it too long and there’s enough steepness that it’s always satisfying reaching the top. The climb is also very scenic. From the foot of the hill all the way up, there are amazing views of San Francisco to the south and the Pacific Ocean to the west. Of course, the views are even better when you’re cruising down the hill at 30 miles per hour on the way back.

Hawk Hill is definitely one of my favorite bike rides in San Francisco. Since the hill is super close to the city, it’s not a big commitment to go on the ride and I’ve climbed it many many times since my first internship in the city last year. Here’s a photo compilation of a few of these climbs…

The first time I went up the hill I didn’t climb to the top. Instead, I stopped at Battery Spencer which was only 15% of the way up the hill to catch the sunrise. I was inclined to keep climbing but convinced myself that I should get to work soon! 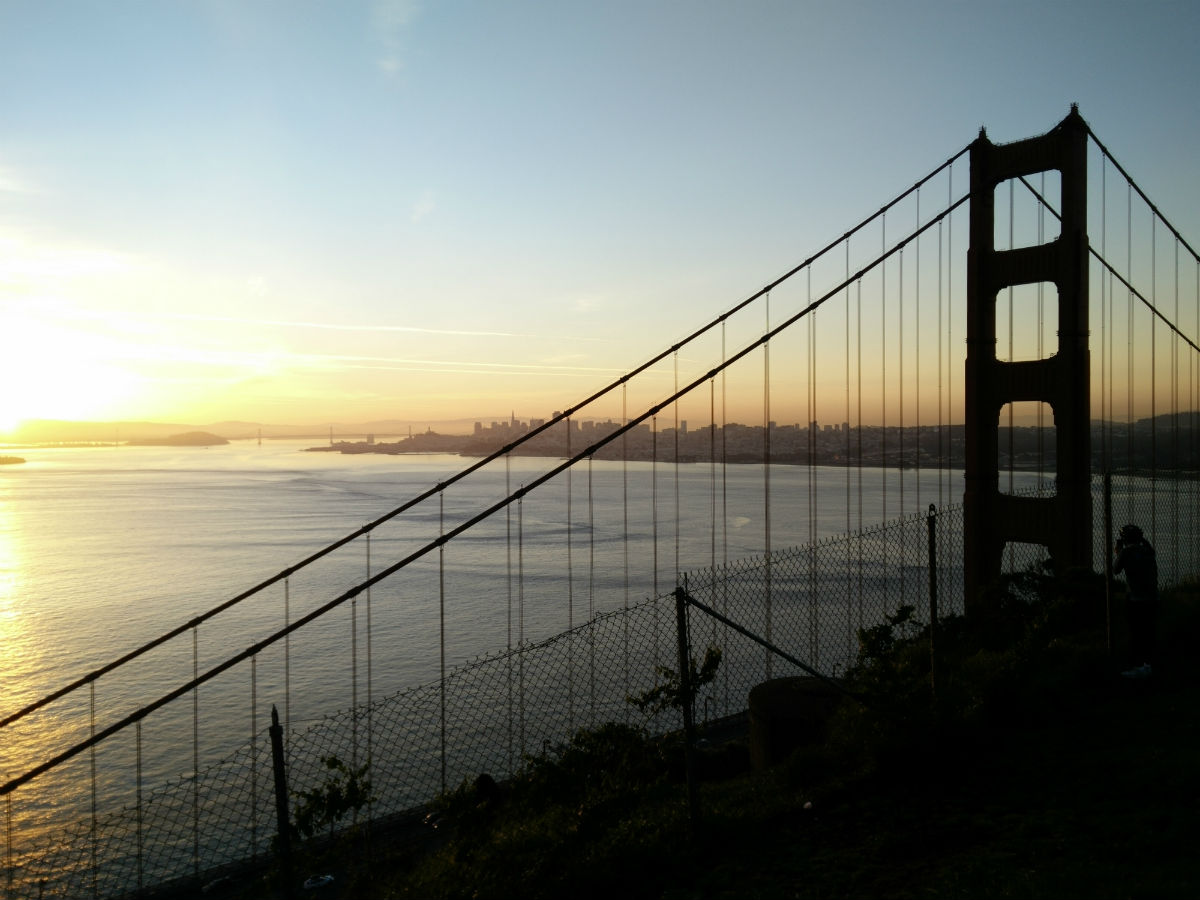 After the Battery Spencer ride, I really wanted to go the entire way. I picked another morning before work and hustled my way to the top before the sunrise. Made it just in time.

When you reach the top of Hawk Hill, there are two ways you can bike down. You could go back the way you came from or you could take the steeper western descent. This descent is just as scenic as its eastern counterpart, if not more. As you go down, you can see San Francisco’s western neighbourhoods to your left and the Point Bonita Lighthouse against the backdrop of the Pacific Ocean in front of you.

During my second internship in the city, I lived by the Presidio which was super close to Hawk Hill. The entire ride from my apartment to the hill and back took only 45 minutes and I’d often go on the ride as a morning workout.

On one such morning the the hill was super foggy. Instead of the usual views of the city and the ocean, it was just a blanket of grey. With the thick wisps of fog hugging the hill sides and not a soul in sight, climbing up felt surreal.

At the peak, I found my way into one of the abandoned military bunkers found at the top of the hill. The bunker had an open air lookout facing west that, on a clear day, would have expansive views of the Pacific Ocean. Today, it was all grey. No matter, I just wanted somewhere secluded to enjoy the peace and quiet. Occasionally, you could hear the voices of distant tourists carried over by the wind but this just added to the tranquil ambiance. The real world and all its problems felt so far away. 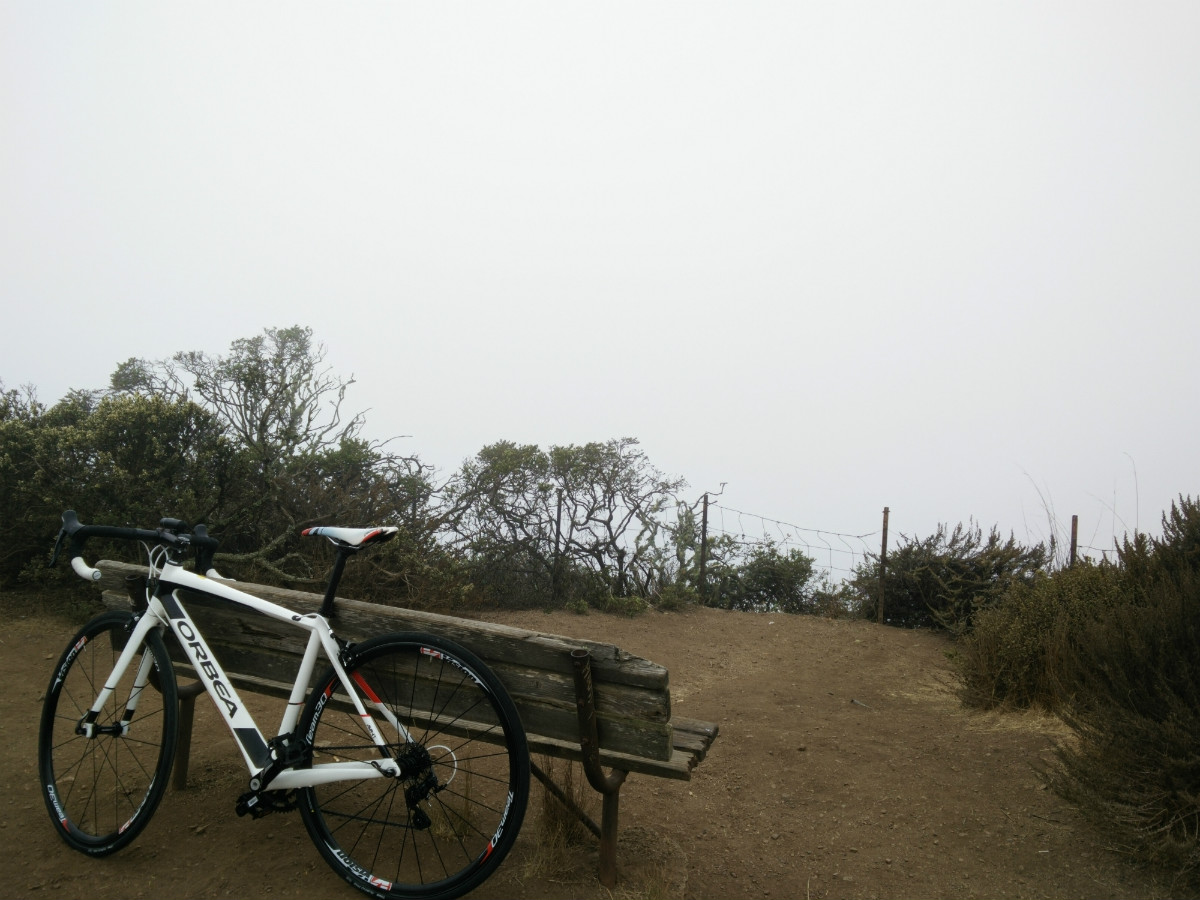 Here’s my blog post on watching the 2016 San Francisco Fleet Week. Fleet Week lasts a whole week (surprise, surprise) and the highlight, at least for me, is the extensive airshow performed over the city during the last couple days. Of course, I couldn’t pass up the opportunity to watch the airshow from Hawk Hill.

I also went up Hawk Hill one night but didn’t manage to take great photos. It was cold and windy but the novel experience and the view of San Francisco at night made it worth it. 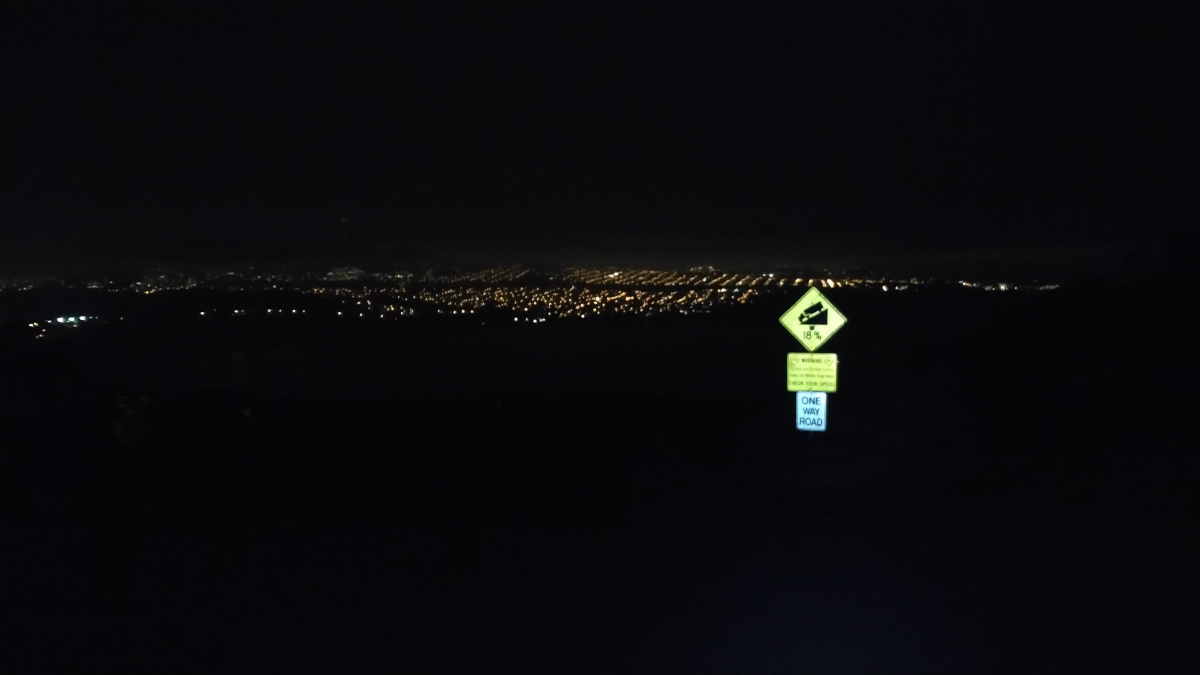